Let’s look at some evidence….
Twin V Passive Self Ligation. 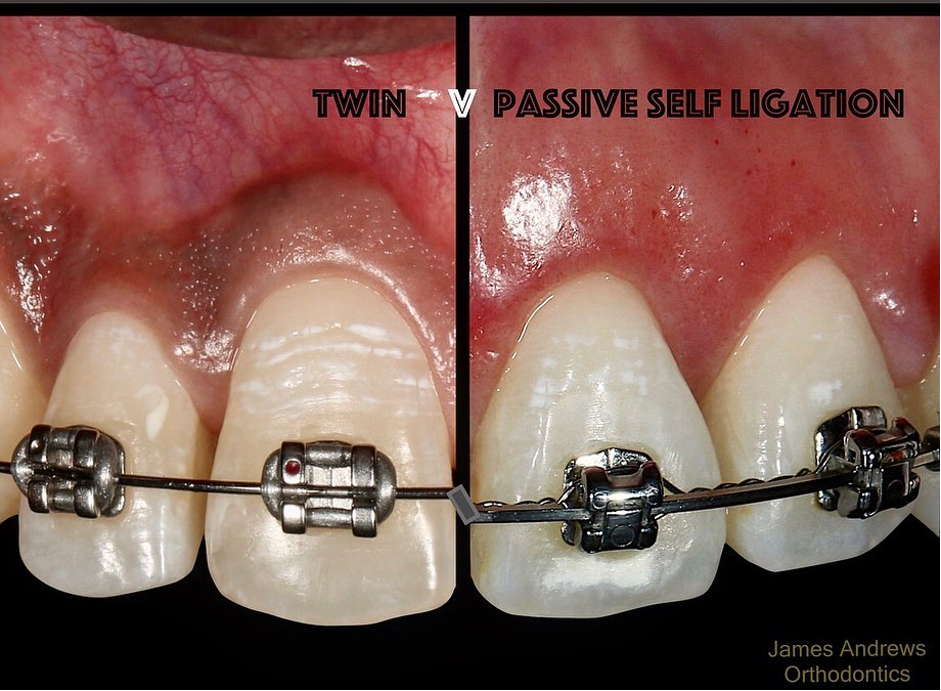 Population: An electronic search of 4 data bases was performed from 1966 to 2009 + supplemental hand searching.

Inclusion Criteria: (1) clinical studies that compared self-ligating with conventional appliances regarding efficiency, effectiveness, or stability; (2) all ages and sexes; and (3) all languages.

Exclusion Criteria: (1) in-vitro, ex-vivo, or animal studies; (2) studies with no comparison group; and (3) editorials, opinions, or philosophy articles with no subjects or analytical design.

Methods: Quality assessment of the included articles was performed. Data were extracted by using custom forms,

Weighted mean differences were used to construct forest plots of continuous data. Odds ratios were used for dichotomous data. Heterogeneity was assessed and publication bias was assessed with funnel plots, if possible.

There was NO significant difference between the two systems on

Purpose: Readers’ Forum re: self-ligating bracket claims, AAO’s Council on Scientific Affairs (COSA) researching “what is the strength of research evidence to support claims that SL systems are superior to conventional brackets?”

Is lateral expansion of dental arch by SL brackets comparable to RME followed by FEA?
Weakly supported by low-level evidence (thesis), no peer-reviewed evidence, still needs to be confirmed independently

Long-term stability of RME has been evaluated by systematic review
Are SL bracket systems more efficient and/or more effective than conventional FEA in treating malocclusions?

Do SL bracket systems provide lower clinical forces vs. conventional FEA?
Only in vitro studies have been performed – conclude that SL systems have larger forces on buccally or lingually displaced teeth vs. conventional brackets

Growth refers to changes in magnitude and size. This is why economists refer to growth of economy when they mean expansion of economy in amount…

INTRODUCTION It has been shown by a number of long-term studies that following a course of orthodontic treatment, relapse occurs in approximately 70% of cases. Some…

Occlusion, orthodontics and the traditional assesment criteria of the cast radiographic analysis (cre). Orthodontics is a fine balance of science and art. Orthodontic treatment goals can…

Q1. What makes OrthoED different to other courses? OrthoED is based on sound orthodontic principles which can be used in conjunction with most other systems.…